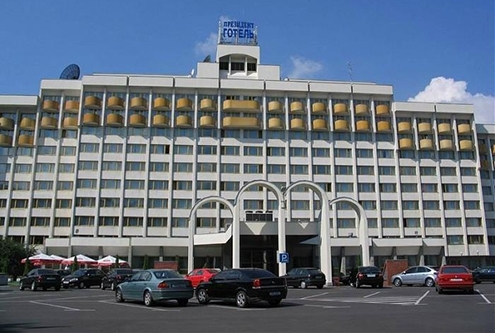 The Cabinet of Ministers approved Concorde Consulting, a part of the Concorde Capital group of companies, as investment adviser for privatization of the President Hotel in Kyiv

14 November 2018
The Cabinet of Ministers of Ukraine approved Concorde Consulting, part of the Concorde Capital group of companies, as the investment adviser in preparing the privatization of the President Hotel in Kyiv.

Recall, the State Property Fund of Ukraine announced in July  the results of its competition to select its advisers in the “big privatization" of state-owned enterprises in accordance with the new law. Concorde Consulting was selected as investment adviser for the privatization of three assets: the Indar pharmaceutical company, the President Hotel in Kyiv and the Krasnolimanskaya Coal Company. In early September, Concorde Consulting and the State Property Fund signed an agreement  for adviser services.

“Today the Cabinet of Ministers of Ukraine approved us as the investment adviser for privatization of the President Hotel. We awaited this decision for three months, the same time from the moment when the State Property Fund decided on its adviser. That’s also about the same amount of time given to us to prepare the asset for privatization and find the potential investors. Concorde Consulting, along with its partners, has begun to actively work on this project. We are prepared to create one of the first success stories in the story of the new privatization process in Ukraine. We intend to openly inform society and the government about our work. In particular, I would like to note that during the last three months, we as well as the Fund have already felt pressure from certain forces attempting to undermine this big privatization. For this very reason, we still don’t have the possibility to begin to prepare the privatization of several other large assets for which we were selected as advisors earlier. Having gained this mandate of trust from the Cabinet of Ministers, we can more actively counteract sabotage from any group of influence. Any attempts to obstruct the fulfillment of our responsibilities will be given immediate publicity” – commented Igor Mazepa, the Founder and CEO of Concorde Capital.

References: The Concorde Capital group of companies is a leading investment company providing a full range of services in investment banking and securities trading. The company has attracted more than USD 3 billion in capital for Ukraine’s leading companies in the metallurgical, oil & gas, chemical, agricultural, automobile, pharmaceutical and real estate sectors.

Igor Mazepa  is the company’s Founder and CEO.

President Hotel (Kyiv) – a hotel complex with 374 rooms and two restaurants, a congress hall and conference center, located in central Kyiv on an area of 2.5 hectares. The hotel’s convenient location and wide territory create the conditions for attracting investment to the hotel from a wide circle of potential reputable investors.