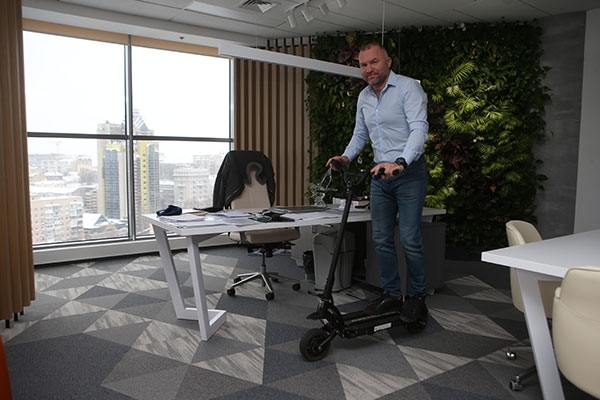 IT and technology – the new gold and oil. Igor Mazepa launches an award for technology companies and startups

26 November 2021
Igor Mazepa , Concorde Capital CEO and Founder, is establishing the Mazepa Awards to reward world-changing technology companies and people who invest in innovation. The organizers are moving to make this the biggest event in the world of technological investments in Ukraine.

The longlists are currently secret, but the organizers promise to release some names in December. All nominees will be announced in January, and then online voting will be launched. Based on the results, shortlists will be formed.

In March 2022, the jury will select the winner in each category, except for the Grand Prix. The Grand Prix will be determined by the guests of the award ceremony: they will choose the best of the winners in all Mazepa Awards.

“The future of the Ukrainian investment industry is innovation,” says Igor Mazepa , CEO of Concorde Capital. Therefore, he decided to base the award on the intersection of investment and technology. In 2020, exports of Ukrainian IT services amounted to a record $5 billion, which is almost 20% higher than the previous year.

"IT and technology – the new gold and oil. With this award, we are shifting the focus from old millionaires to new billionaires. The face of the elite is changing before our eyes. Young lions are raising hundreds of millions in rounds and creating thousands of companies from scratch. They need help, they need to invest. Creating a successful startup company is an extremely difficult job, like rolling a cube. It deserves the highest recognition," said Igor Mazepa.

Concorde Capital  is a Ukrainian investment company founded in 2004 by Ihor Mazepa. Over the years, the company has attracted more than $4 billion in investments for Ukrainian companies. In 2018, Concorde Capital took first place in the category "Best Analyst in the Ukrainian market" in the annual ranking of Cbonds Awards for the CIS region.