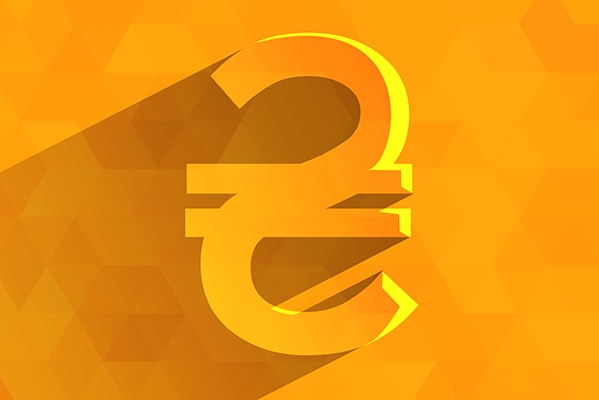 30 hryvna to dollar is not a realistic rate

After the currency market calmed down, it is time to calculate what exchange rate of hryvna to dollar in 2016 will be able to balance our economy. My relatively simple, and therefore more primitive approach, shows that an average rate of the dollar may easily reach 27 hryvna this year. I have to warn you: this assessment applies to current realities and forecasts only - as always, reality can make adjustments, and are not necessarily negative. But first things first.

How we calculate the rate

A fair exchange rate of hryvna to the dollar can be calculated simply by dividing the price in hryvna of a "fairly valued" item, to its price in dollars. Thus they calculate a well-known Big Mac index. Let’s apply that simple approach, but use the whole Ukrainian economy instead of the American as an example:

GDP of Ukraine in dollars: just a function of raw material prices

Despite the unique nature of our economy, we still remain a non-competitive supplier of raw materials on the global stage. As seen from the charts below, the level of our GDP, if converted into dollars, is highly dependent on global resource prices. In the language of statistics, over the past 20 years, 94% of our dollar GDP was determined by the IMF World Commodity Price Index. That is, only 6% of our total earnings were determined by something else. An odd coincidence? Probably yes, because every year of our modern history was a unique one, with complex relationships, political and other disturbances. Nevertheless, there is the clear statistical (and visual) dependence. Why does it happen – we may only assume, but I would like to attribute it to the institutional inability of Ukraine to produce and sell more than is dictated by world prices for steel, iron ore or grain.

It should be noted that the state tried to rise “above” the "commodity axis" in 2007-2008. I would suggest that this was due to the investment boom of 2006-2007, when Ukraine was popular among global investors, got fabulous capital injections from abroad, and was able to produce and consume more than dictated by commodity prices. But it seems that these injections were purely speculative in nature - at the first sign of danger (in 2009-2010) they came to naught, not leaving anything that could alienate us from the "usual” place in the axis.

Note that forecasts of Ukraine's dollar GDP and commodity index for 2016, provided by the IMF in September 2015 (red dot), also ideally fit into the "commodity axis", shown in the chart. That is the IMF and the Ukrainian government actively developed the complex forecast models and come to the same result as that generated by our simple approach. It is also important to understand that our government took that red dot in the charter as a starting point when forecasting the dollar rate (24.1 UAH) and nominal GDP (2 262 billion hryvna) for 2016. But it was made in September - since then, the IMF has lowered its forecast of commodity prices for 2016 by as much as 11%. Let’s consider possible implications for us below.

So, in December the IMF gave an updated forecast of its World Commodity Price Index for 2016: 96 points (against 107 in the September report). The IMF has not updated its forecasts for the Ukrainian GDP yet "due to discovered circumstances", but based on the previously revealed pattern, it is easy to reveal that forecast. We just slide alone the given axis, and get the forecasted GDP for this year at $ 83.2 billion. (Instead of $ 93.8 billion in September.).

Revised forecast of the Index

So far, I do not see any circumstances that can raise us above that trend line. After all, this requires significant institutional changes at the beginning of 2016, which, it seems, even the IMF will not expect in their updated forecast.

What will be the "hryvna" GDP and the hryvna exchange rate?

Regardless of our economic indexes in dollar terms, we have at all cost to fulfill the GDP plan in hryvna, as provided the 2016 budget (2,262 billion hryvna). Proceeding from this figure, the Ministry of Finance calculated revenues of the state budget and committed to the IMF not to exceed the budget deficit of 3.7% GDP. Any lower GDP may cause the budget shortfall and expedience of the 3.7 per cent deficit (since it is very difficult to cut budget expenditures from the political point of view). It means that the figure of 2.262 billion hryvna is a minimum of GDP to be achieved in 2016.

Now we have everything to calculate the expected exchange rate of hryvna:

It is worth noting that such a simplistic approach does not account for other factors that affect the economy and the state budget. For example, the growth of the dollar exchange rate to 27 hryvna will increase the public spending on foreign currency debt service somewhere by 6 billion hryvna.

Once again I want to note that these calculations are not the ultimate truth - they are based on available data only, and may be seriously adjusted in the near future. For example, the government has already announced a review of macro-economic indicators, due to changes in the commodity markets - and quite possibly, it will change the state approaches to budgeting. It is possible, Ukraine will be able to revise parameters of the IMF cooperation program (in fact, the budget deficit of 3.7% GDP is not the only concern). Then we will have the chance to secure the exchange rate stability.

What does it mean?

In all this I see one major positive - 30 hryvna to the dollar is not look like a realistic rate.

The main conclusion of our exercise is that we have to transform the country as soon as possible, in order to set a new trend of the economic growth, which will not depend on the commodity prices.

And finally - let's stop blaming the National Bank for the weak hryvna.