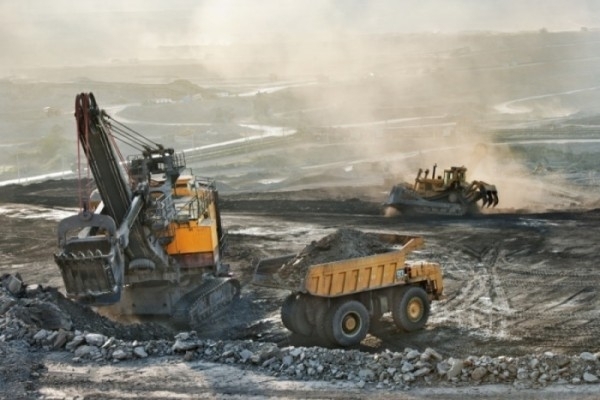 I demand the Ukrainian peasants link the potato price to prices in New York supermarkets plus delivery to Ukraine.

Just saying, of course, but it is exactly what happens in the energy market.

In March, the National Energy and Utilities Regulatory Commission approved a new method for calculating the wholesale market price for electricity.

This is the price at which thermal power plants sell electricity to consumers. It particularly, it takes into account the price of coal.

And in April the Commission again raised tariffs for consumers, thus introducing the method in action.

Generally link to a specific indicative is definitely better than when a price set manually by an official. However, details may discredit any idea.

Amsterdam / Rotterdam / Antwerp (ARA) are ports, which receive mainly coal from the South and North Americas for sale in Europe. Ukraine has a surplus of coal, so the price "Rotterdam plus shipping" applies to coal mined in Donetsk, Luhansk and Dnipropetrovsk regions.

At the same time, Ukraine is still in the "surplus" region because Russia and Poland also have excessive coal.

If in such a case the price was formed by negotiations between power consumers and coal thermal generation (CTG), it would look something like this.

Consumers: "We want to buy from you at a price “Rotterdam minus shipping "(option 1), because otherwise you’ll have to ship to Rotterdam and pay for delivery."

CTG: "We want to sell you at a price "Rotterdam plus shipping" (option 2), because if we do not sell to you, then you’ll have to pay the price for coal from Rotterdam."

Consumers: “If you refuse, we will not buy from Rotterdam and will buy in Russia or Poland at a price "below Rotterdam" (option 3), because we are closer to them than Rotterdam, and shipping cost will be lover”.

Consumers: "By the way, you will not sell your coal in Rotterdam, because nobody will buy coal with sulfur content over 1% there, and you have 2-3%. That is, we are the only buyer of your harmful coal, so please sell it at the price "Rotterdam minus shipping and minus $ 5" (option 4).

Consumers: "But not to twist your arm and support the coal industry, we will consider the price of "net Rotterdam "(option 5).

In practice, prices between consumers and coal thermal generation are set by the controller (arbiter, quasi-judicial body) NEURC. Which price from the above range has chosen NEURC? The maximum one - option 2, that is 45 + 15 = $ 60.

Now let’s consider how theories work in practice - what are the real prices in other surplus countries.

2. Let’s check out the latest prices at the Riga port. Again cheaper by 4-5%.

3. The third image shows prices of net exporters from Poland, Russia and Colombia, which are by 3-5% lower than APA ports.

In no case Poland, Russia or Colombia has a market price "Rotterdam plus shipping." On the contrary - in all cases, the price is lower than "Rotterdam".

Conclusion: we as a surplus country from a surplus region cannot have the coal price higher than "Rotterdam". A price can be either lower or if we want to support the coal industry through higher power tariffs, equal to “'Rotterdam”.

Therefore, the coal price is overestimated at least for 15 dollars - the cost of shipment from Rotterdam.

Overall, 25 million tons of coal is burned in a year. When multiplied by the arbitrary costs of $15 price inflated, it turns out that we loss at least USD 375 million or UAH 9.5 billion.

The scheme is become particularly profitable, if coal is taken from pits in “DNR/LNR”, where it costs UAH 500-600, and imported to the Centrenergo at the price "Rotterdam plus shipping" (UAH 1500). But these changes cannot save mines of Lviv-Volyn region from closing - they still cannot compete with the pits of "DNR/LNR" where there is no VAT, taxes and the safety costs.

It is a matter of degrees, to ship potatoes or coal. And the market is the same, as potato and coal, according to the official position of the Antimonopoly Committee of Ukraine, are subject to the same free competition.

These are my reflections upon reading of the article "Power Energy without Unknown Variables", which is more like an ode of praise and advocates for the recent changes in the pricing formula, by which thermal power plants sell electricity in the market.

Since I support a democratic approach, I suggest you take that view as well as expert opinions. There is even a professor! There's a lot of text, but it's worth reading.

And the icing on the cake is a comment of the NEURC Head Dmitro Vovk.

The NEURC Head Dmitro Vovk admitted that the regulator used to set market prices largely in its own discretion. According to him, prices were not forecasted, global trends of changes of the energy resources cost differed from those accepted in Ukraine. A new pricing method is the first step to put things right.

"If we introduce the liberal model of the power market with a free pricing of the power generation, the market should be competitive. To do so, we should have the sufficient number of participants and prevent overrepresentation of any member. We believe that today we should follow the European experience”, said Mr. Vovk.

The only thing that officials keep back: the Europeans have decreased the wholesale power price in the real market - it is much lower compared to our wholesale prices. At that, we still “lack funds and modernization”.

The problem is that it is called "reforms" thus compromising all real reform.