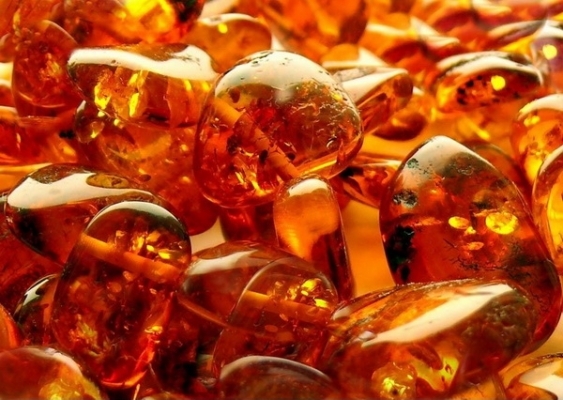 “We have considered all the options and chosen to develop the Soniachne Remeslo project together with our partners. This is a one-of-a-kind company, Ukraine's only business that has obtained all government licenses and permits for the amber extraction," Concorde Capital CEO Igor Mazepa told Interfax-Ukraine.

According to Igor Mazepa, they are set to start production as early as in May 2021.

"The project is designed for five to six years. As the deposit is exhausted, we will reforest its territory," Igor Mazepa went on to say.

According to Concorde Capital's investment offer dated last September, the raw amber extraction license at the Volodymerets Skhidny deposit is valid from 2009 to 2029 and covers the licensed area of 83.9 ha. In 2014-2017, the asset extracted
8.5 tonnes on an area of 18 ha, which now requires reclamation. Five to six hectares have no reserves.

The company expects the realistic production rate at 7-12 tonnes a year. The asset's price proposed last September was based on an investor's return on invested capital at 66% a year and a payback period of 1.5 years with an average weighted amber price of US$ 600 per kg.

Last September, an auction was announced for the sale of this project through the Prozorro.Sales government e-procurement system. Scheduled for October 2020, the auction did not take place.

Soniachne Remeslo Centre is 58% owned by Concorde Consulting; 32%, by Yuri Blahodyr; and 10%, by Halyna Symkha, according to the State Register.