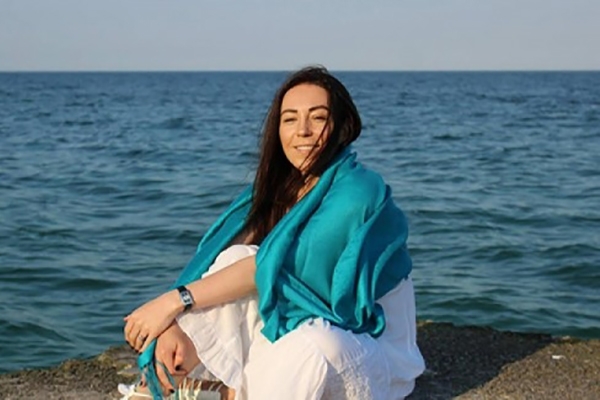 Success comes to those who aren’t afraid to take risks and see opportunities in every situation, even difficult ones. One can go down the wide road paved with asphalt that many others have already traveled. And one can choose one’s own path – a trip to an undiscovered place, or in unexplored directions. It’s possible that such a path will be surrounded by many difficulties and challenges, but they strengthen character, build faith in one’s own abilities and form one’s identity.

Marina took such a risk in 2003 when deciding to enter investment banking, a completely new industry for her, and discontinuing her university education. Despite not having experience, she was full of enthusiasm and the desire to learn something new. At first, it felt strange and unusual to call unfamiliar people, in rather high positions at large international funds, and offer them an exotic and high-risk product – Ukrainian securities, the existence of which she had only recently learned of.

It also wasn’t easy to read and understand a financial report from Ukrtelekom, which was written in English, even with her fluency. And what is EBITDA? She spent long nights reading specialized books and consulting analysts.

When Concorde Capital was formed in 2004, Marina was among the first of its employees and bore witness to the birth of a company that was destined to become a leader on Ukraine’s securities market. The range of tasks was wide-spanning. Besides communicating with funds and investment companies, her tasks also included buying furniture for Concorde’s first office, as well as resolving an array of organizational issues. Her internal flexibility, as well as an ability to think “outside the box,” proved useful in many complicated and amusing situations in the company’s first years.

Ukraine’s stock market grew dynamically and internal changes in the country piqued the interest of foreign investors. They needed a reliable local partner, a role that was filled by Concorde Capital. Among our first clients was the large Swedish fund East Capital, the Danish Accura Fund, as well as a series of counteragents that formed the investment climate.

Acquiring 12 years of experience working for Concorde, Marina remains among its inspirers of ideals and defenders of traditions and values. Her creativity is demonstrated not only at work, but in personal passions and hobbies. Along with her co-workers, Marina took part in the conquest of Mont Blanc. Meanwhile, her painting hobby has resulted in more than five exhibits in Kyiv.